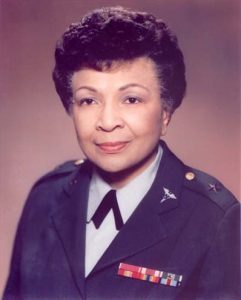 As a child, Hazel aspired to become a nurse and first applied to the Chester School of Nursing but was denied admission because she was African-American. However, she continued to pursue her nursing dreams and trained and graduated from the Harlem Hospital School of Nursing in New York. Hazel continued to flourish in her career earning her nursing bachelor’s degree from the Harlem Hospital School of nursing, serving in the US Army in Japan and Korea training nurses headed to the front lines of the Vietnam War, and becoming the first black woman to achieve the ranking of brigadier general and leading the US Army Nurse Corps.

Throughout her life and career, Hazel W Johnson-Brown continued to focus on expanding her education eventually earning her masters degree and a Ph.D. in educational administration. 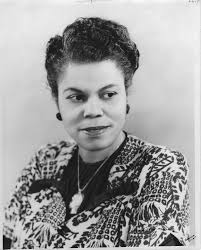 Estelle Massey Osborne was the first African-American woman to earn her masters in nursing. She dedicated her career to ending discrimination in society and in the national nursing organizations. During the 1940s, she helped expand the number of nursing schools accepting black students and led the lifting of the color ban in the US Navy and Army. She later became the first African-American faculty member at New York University and continued to inspire her students and fight for nurse’s rights. Today, the Estelle Massey Osborne scholarship helps support nurses who want to follow in her footsteps and earn their masters in nursing. 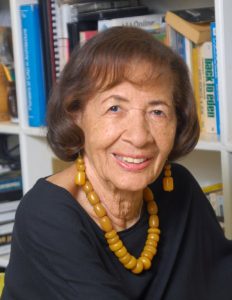 Betty Smith Williams, Dr.PH, MN, MSN, RN, FAAN became the first African-American student to earn her nursing credentials from the Frances Payne Bolton School of Nursing and the first African-American individual to teach at a higher education institution in California. Williams recognized the need to provide a community to unite African-American nurses and focus on health issues that were particularly acute in minority communities. She founded the Council of Black Nurses in Los Angeles, helped establish the National Black Nurses Association (NBNA) in 1971, and the National Coalition of Ethnic Minority Nurse Associations, Inc. (NCEMNA). She served as NBNA president from 1995 to 1999 and has remained active in the organization through the decades. She served as a Professor at Mount Saint Mary’s College, University of California Los Angeles (UCLA), and California State University Long Beach; Assistant Dean of UCLA School of Nursing; Dean & Professor at University of Colorado Health Sciences Center School of Nursing; and Founding Dean of American University of Health Sciences School of Nursing, 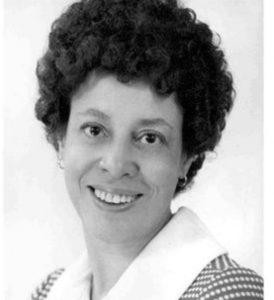 Goldie D. Brangman, CRNA, MEd, MBA is the first and only African American president of the American Association of Nurse Anesthetics. Goldie was also a critical part of the surgical team that saved Martin Luther King Jr.’s life after he was stabbed during an assassination attempt in 1958. After convincing then New York Governor Averill Harriman to not risk Martin Luther King Jr.’s life by moving him to a different hospital, Harlem Hospital Chief of Surgery, Dr. Maynard and his team were chosen to begin the complex surgery to save MLK Jr’s life. Goldie Brangman was a part of that team and was responsible for physically operating the breathing bag that kept King alive during surgery. Once the letter opener used to stab Martin Luther King Jr. was removed, Brangman was the nurse anesthetist to finish Dr. King’s anesthetic.

After the life-saving operation, Goldie Brangman remained at Harlem Hospital for another 45 years and continued on to have a successful career including serving as the CRNA AANA President from 1973-74, volunteering for the American Red Cross at the age of 100 years old and is an active member of AANA.

Leaders like, Hazel Johnson-Brown, Estelle Osborne, Betty Williams, and Goldie Brangman have made a significant difference in bettering the nursing field and our society in America. We are inspired by their efforts to fight against adversity and creating an environment of equal opportunity for persons of all races and colors.  To learn more about other African-American leaders in the Nursing world, see Nurse.org’s latest blog: https://nurse.org/articles/black-history-month-nursing-leaders/